Here is the snapshot of the fake notification which was circulated on 10th December 2019 on social media: 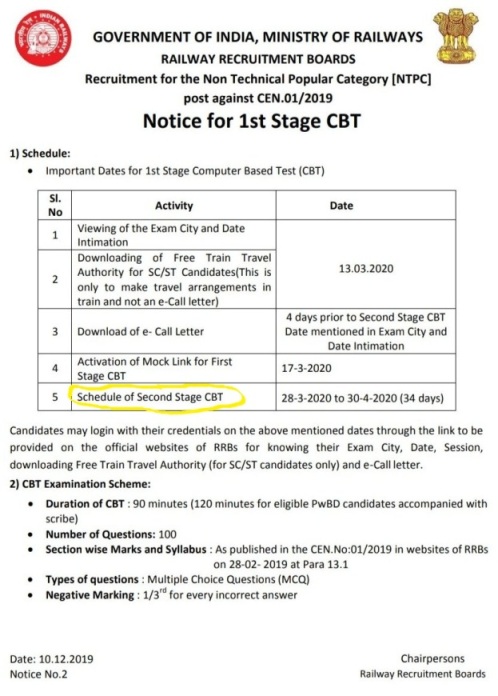 The above image was circulated on lots of whatsapp group and is getting viral over other social media sites as well. The above notification is clearly a fake one as it has wrongly stated the exam date for 2nd stage CBT instead of 1st Stage CBT as highlighted in the image given above. Also, Indian Railways have not published any such notification on zonal RRB websites as of now. So candidates are advised not to fall prey to such fake notifications related to RRB NTPC 2019 Admit Card Release and Exam Dates.

Get Latest Updates on RRB NTPC 2019 Exam and Admit card

Candidates can get the important notifications, updates and study material related to RRB NTPC 2019 Exam from the links given below:

RRB NTPC 2019 recruitment can be a good opportunity for the candidates who want a government job in Indian Railways. RRB NTPC Job Profiles can offer you a decent salary along with respectable government job having various benefits and perquisites.

How to Choose a Conversational Tutor on Preply.com

Here is how you can Prepare Impeccably for a Job Interview

Want to ace the PAT exam? – Must do tips

Clearing the DAT exam has never been easy for candidates. Neither it is very easy, …